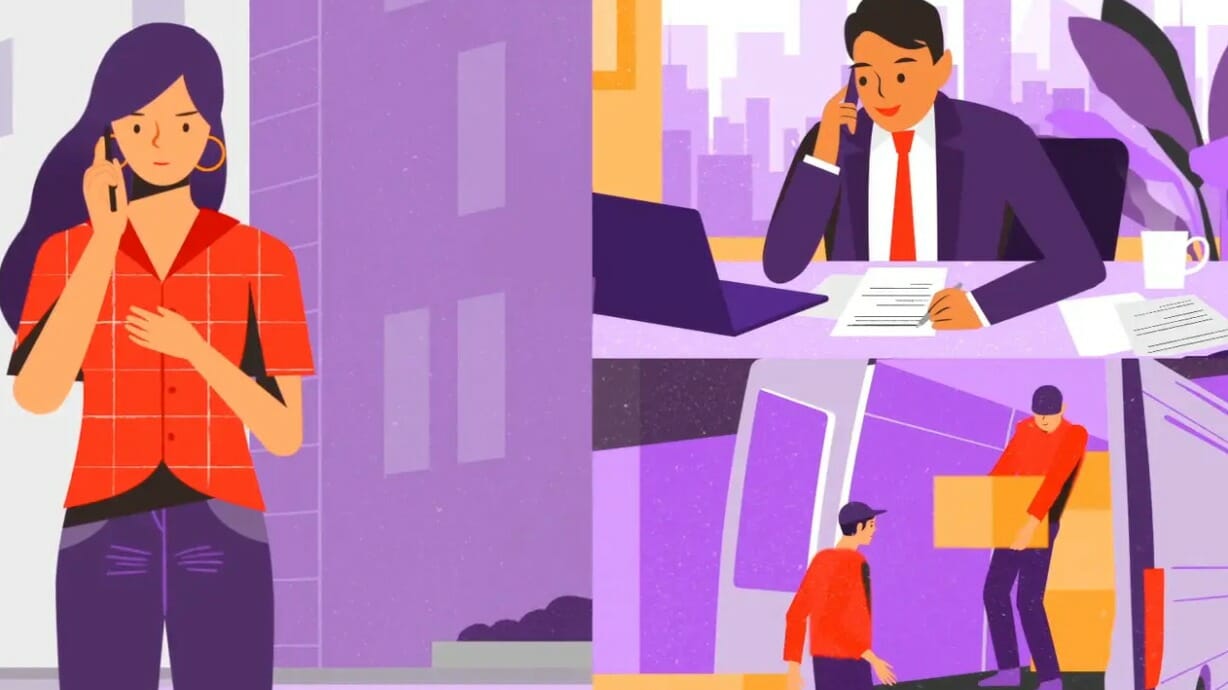 Animation is an incredibly powerful tool that transcends illustration and is able to convey the full range of human emotion, transport us to distant lands and bring clarity to even the most complex of subjects. Below are five outstanding examples of animated advertising and what it can do.

In the Legal Shield piece, you have a great example of how animation can help simplify complex issues and deal with multiple aspects of that issue simultaneously. In the first half of the piece, the narrator describes a vexing, real life problem, while the animation simultaneously provides context and touches on various aspects of that problem. In the second half of the piece, narration and animation come together to provide a simple, effective solution: the free Legal Shield app.

Steve Jobs pretty much set the bar for industrial design more than 20 years ago and ever since, Apple has been as much about the aesthetics of tech, as it is about the effectiveness of tech. In this iMac Pro animated advertisement, the company effectively melds the worlds of technology and art by letting a single computer artist, known only to us as “Buck,” demonstrate the expressive power of the iMac Pro. No words are used because, frankly, no words are needed.

If you were tasked with making an ad for a phone, you would probably feature that phone prominently in the ad. Right? Well, not if you’re Android. They decided that the most effect way to promote their product was to speak to the values it represents: compassion, courage, communication. As rock, paper and scissors so boldly demonstrate here, the things that bind us together are stronger than those that would tear us apart. All we have to do is recognize and nurture them.

AMEX shows us how to do a globetrotting advertisement without breaking the bank. As the worldly and sophisticated sounding narrator espouses the virtues of the AMEX Gold Card, the ultra-simple animation with the soothing colour palette takes us from the airport to a tropical isle to Mont Saint Michel in France. All in 30 seconds, and all without leaving the cosy confines of the animation program. Just think of how much it would have cost to produce an equivalent live action video.

Wimbledon “In Pursuit of Greatness”

Wimbledon is all about history. It’s the oldest tennis championship in the world and oozes prestige from every corner of Centre Court. But how do you advertise history? Simple: with animated advertising. In this 1 minute extravaganza, the animators take us on a trip through time using era-specific graphics, a few recognizable faces and a step by step demonstration of how the tournament, and the world around it, have grown together through the years.

Watch “In Pursuit of Greatness” here.

Animation isn’t just for kids, and no, these aren’t cartoons either. Before you commit to a lengthy and expensive live action shoot, talk to our team at Vidico about the limitless possibilities of animation, whether it be 2D or 3D.