Get in touch
Video Production

How to Storyboard a Video: Easy Guide for Marketers

Michael Pirone
Video Production
How to Storyboard a Video: Easy Guide for Marketers 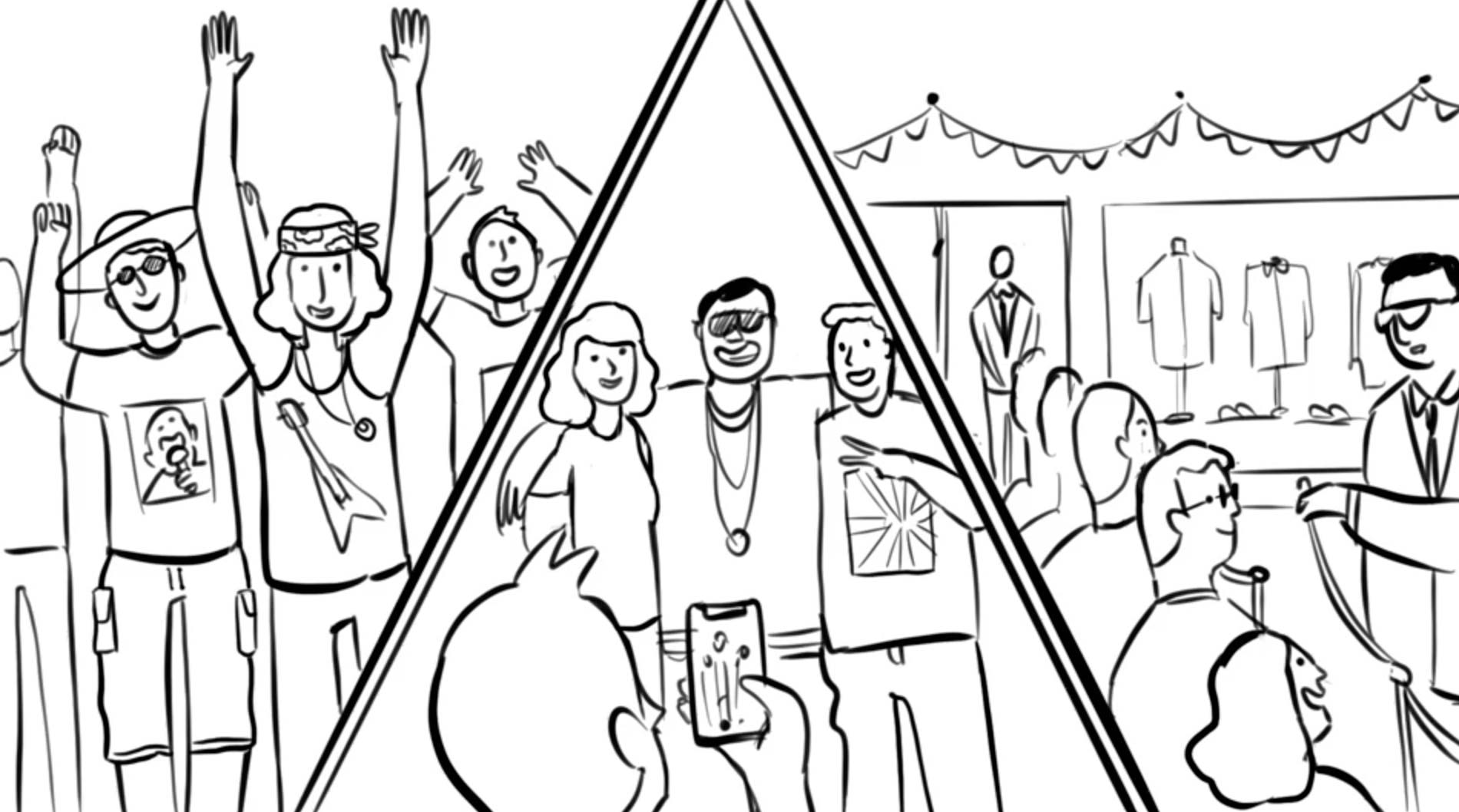 Anyone can have an excellent idea for a corporate video, but not everyone is capable of turning it into a great video. You see, no matter how good your idea is, it will just be put to waste if you don’t know how to execute it properly.

But what if you have no idea how to explain your creative vision to the video team? What if you fail to discuss it with them properly, and they aren’t able to capture the exact angles and shots that you had in mind?

This is what the storyboard is for!

Many people think that storyboards are for artists, but if you asked every producer at Vidico what the most important step in the entire video production process is, they would all put storyboarding at the top.

The common believe is that you need to have the creative skills to produce a great storyboard. This is a way of thinking that intimidates people. But you know what? With the tools available now, and the steps in this guide, creating a solid storyboard is actually more accessible than ever in 2020.

The truth is that now, anyone can make a storyboard. Even if you do not know how to draw, you can create a storyboard. In this article, we will help you how to storyboard a video in a few simple steps.

What is a storyboard?

Storyboarding is an essential step in the preproduction process of a video. But first things first, what is a storyboard? A storyboard is a planning tool in which you sketch the different scenes of the video.

Essentially, it is like a comic strip where each square represents a frame. In it, you can find who or what should be featured in the scene. It shows what the characters should be doing and maybe even the words they should be saying (we cannot emphasise this point enough). To be clear, storyboarding should contain:

When you look at the storyboard, you should be able to imagine with nearly 100% confidence, how the video will turn out. The aim is to get it so accurate, that it resembles your edit closely once you have moved into the post-production stage.

Why do you need a storyboard?

Turning your great ideas into a video requires hard work and lots of planning. Since there are lots of people involved in the entire process, you also need to make sure that you have excellent communication too.

A storyboard exists to fulfill two purposes: planning (I’m bolding this a second time) and communication.

A storyboard is a tool that you can use to plan for your video, as it can act as a roadmap for the entire production process. When creating a storyboard, you will be forced to imagine how the video will go—its sequence, the details in every frame, the dialogue of the characters, and much more. With this in your arsenal, the production process will go as smoothly as possible.

Instead of explaining to the team how you would like your video to progress, you must show them a storyboard. Since it is a visual tool, less discussion (and guesswork) is needed. The storyboard can act as a presentation tool too. It is the best way for you to convey your ideas to your client.

How to Storyboard a Video

Now, let’s get to the exciting part—the storyboarding of a video. The storyboard may seem like a complicated piece of art. But the truth is, it is quite a simple thing to do. You need to follow these simple steps:

Before we get started with how to storyboard the video, the first thing that you need to do is plan your video ahead of time. Some of the preliminary information that you need to think about is the objective and critical message of the video. Additionally, it would help if you decide how long you want the video to be.

Lastly, you should identify which promotional channels you want to publish your video on. When you do that, you will be able to determine the kind of audience you will have. Make sure to tailor your video to their needs and likes accordingly.

Before you draw the scenes in the storyboard, you first need to identify a lot of details. These include the main character and props you would like in the video, the theme of the video, the look of the backdrop, and the sequence of the scenes.

Create rectangular shapes like with a comic strip. In addition to the frames, you should not forget to leave space underneath the frame for notes or script text.

Finally it is time for you to start sketching the scene. Of course, you do not need to be Pablo Picasso just to sketch the characters, but they have to look as clear as possible.

If you can’t draw well, you can create the verbal version of a storyboard. Instead of sketching the characters and props, you can write their names or terms in the position in the frame where you want them to be. If you have a budget to spare, you can even work with a storyboard artist in drawing the scene. Lastly, you can use a storyboarding app that already has a list of characters to choose from. You can pick from the list and position them anywhere in the frame.

You see, the steps for how to storyboard a video are not complicated. They are, in fact, quite easy to execute. But did you know that there’s one app that can make the entire process a lot simpler?

Bonus Tip: Use a tablet in creating your storyboard, or try the Boords app. It is a web-based storyboarding tool that you can download on your tablet. This app allows you to easily reorder, remove, add, and replace frames in your storyboard. It also has a team feature that lets you and your team collaborate and carry out necessary revisions in the storyboard.

Storyboarding should not be a challenging task. Many people are intimidated by the steps of how to storyboard a video, but as you can see, it’s not exactly rocket science. With the right knowledge, tools, and apps, you can easily create your storyboard—even if you don’t know how to draw!

Vidico is beginning to post more before and after images of our storyboards and final video frames. We’ll be doing this for animation and live-action so you get a super clear idea of the level of detail that you need to go into for all your video pre-production.